The lack of digital connectivity among older adults is a public health and social justice crisis. For the first time, we can understand the scope of its impact on our country.

OATS, in partnership with the Humana Foundation, released a report in January 2021 that for the first time quantifies the size and degree of the digital isolation crisis among seniors in the United States.

Loneliness and disengagement are costing lives:

Over 80% of COVID deaths in the U.S. have been older Americans, and research estimates that about 40% of them were unable to access need online resources because they lacked in-home internet.

Lack of internet is a public health crisis:

Medicaid enrollees are 2.7 times more likely to be offline.

Those with functional impairments are twice as likely to be offline.

Lack of internet is a social justice crisis:

Older adults with less than a high school degree or an income below $25,000 are ten times more likely than the general population to be offline.

Black and Latino seniors are more than 2.5 and 3.3 times more likely, respectively, to be offline.

Internet access is not evenly distributed across the country. An older adult in a rural area is 1.6 times more likely to lack in-home internet service. A review of existing digital inclusion efforts targeting seniors found a hodgepodge of offerings, with large sections of the country unserved by significant low-cost offerings or age-friendly initiatives. This map outlines these disparities: 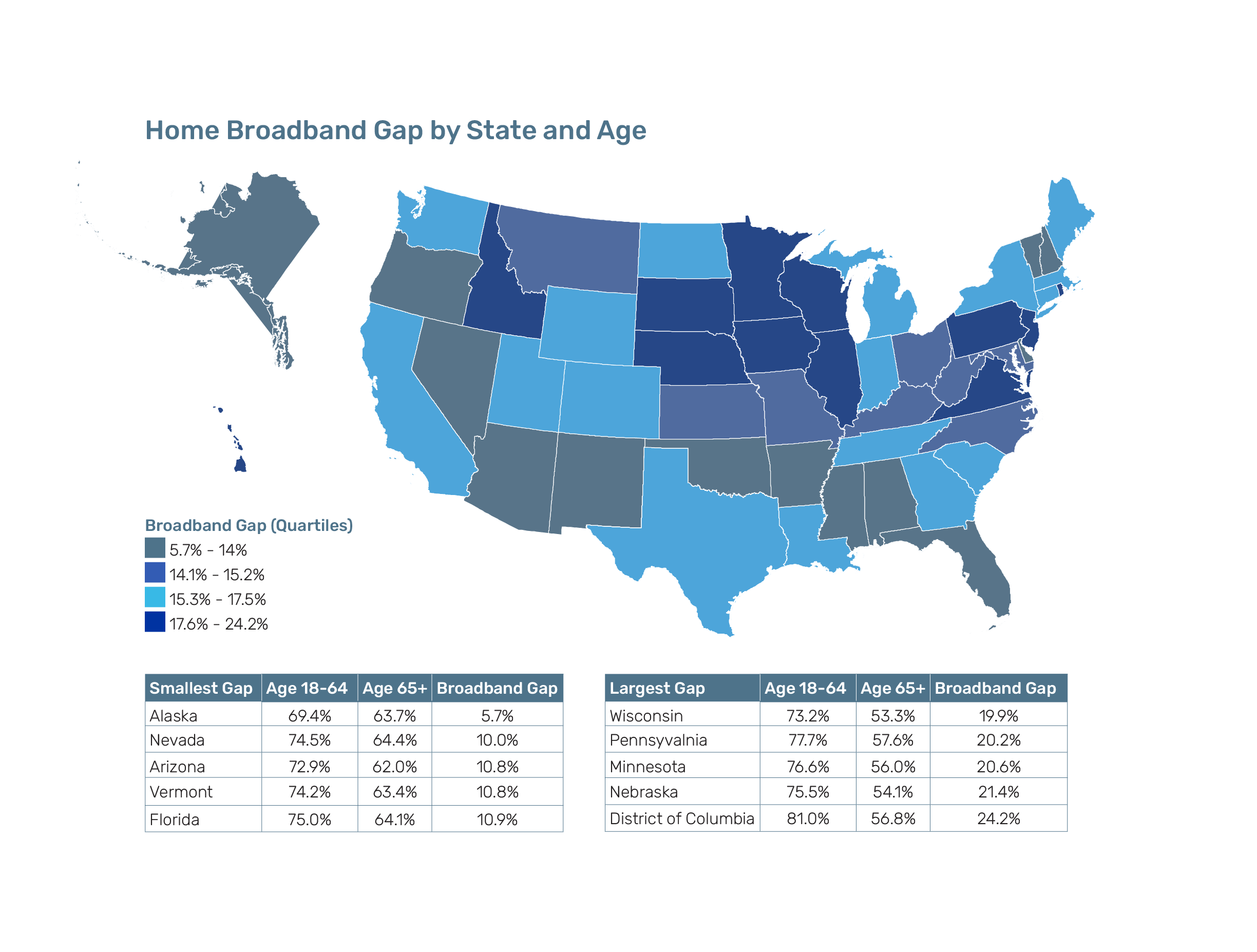 Methodology: OATS reviewed existing literature and reports on digital inclusion and online participation by older adults, along with program and internal research data that OATS has collected over time. We identified key gaps in the knowledge base and tapped two leading academics on the digital technology gap – John Horrigan from The Technology Policy Institute and Erin York Cornwell from Cornell University – to carry out an extensive analysis and report on their findings.